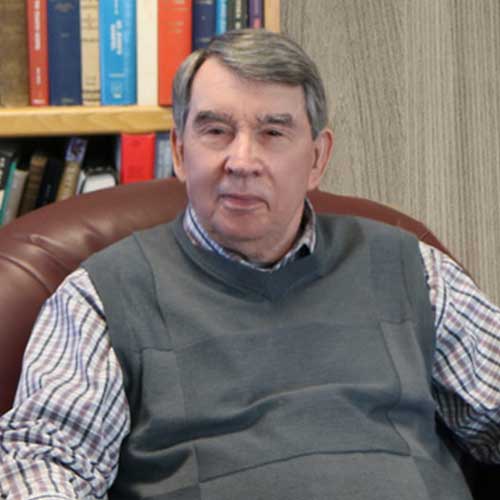 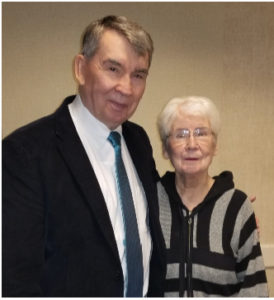 After graduating from seminary, Jim served for seven years at a small church in his home state of West Virginia. The next twenty-one years were spent teaching at Western Bible College (Denver) and Western Seminary (Portland) where he headed the divisions of ministerial studies at both schools. Jim received his Bachelor of Arts in Journalism at West Virginia Tech, a Masters of Theology in New Testament Studies at Dallas Theological Seminary and an Masters of Arts in Classics at the University of Colorado.

Jim accepted the responsibilities of Senior Pastor at Lake in 1990 when the church was then meeting in Wilsonville. He and his wife, Olsie, have two daughters, Kristi and Juli, both married.

Though some think of Jim as a cerebral preacher, he is not your typical academic. True to his down-to-earth “country roots,” he comes to the pulpit with a dead-on, look-you-in-the-eye, tell-it-like-it is prophetic style that never hesitates to go toe-to-toe with the conscience. As he himself describes his preaching philosophy, he strives in the pulpit “to herd biblical truth and the issues of life into violent collision at the intersections of the mind and heart.” Jim models that old adage that sees the preacher’s job as “comforting the afflicted and afflicting the comfortable.” He candidly explains that his ministry is not for “navel gazers, but for star gazers.”

He emphasizes that his preaching “is for those who are seeking to look up, to study God, to know Him, to understand His ways and His will and then to do it.”

In recent years, Pastor Jim has written a number of books which draw on fifty plus years in the ministry and in academia. You can learn more about these resources at JimAndrewsBooks.com.