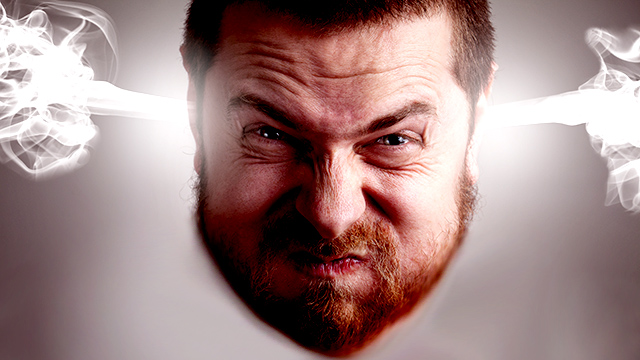 I am always hearing it…

“You know, so and so’s life at home is so hard, because (fill in the blank) has anger issues.”

There is so much dysfunctionality out there these days that it seems that half the population is a walking cauldron. Tip their water and they scald you. I am not surprised that these emotional hot spots exist. As a Christian however what shocks me is that they persist as they do. God has given us everything pertaining to life and godliness (2 Peter 1:3). The means of grace to cool our jets is in the bank. So why do we just keep spinning out of control emotionally?

Been There, Done That

Look, this is familiar territory to me. Growing up I had an explosive temper. It used to frighten my mom who once confided to me that she had always feared that one day I might do something awful in a fit of rage just like an uncle of mine who went to prison for killing one of those bully Southern cops so familiar in the movies. Her fear was not totally unjustified at the time. I could explain its roots, but that little archeological expedition into my psyche is impertinent here. What is more to the point is that like many people whose grip on their temper is way too loose, when I unloaded I felt unleashing that emotional ‘volcano’ was an act of strength (though afterward I never felt good about myself for losing it.) As I matured and became a pastor at age 25, I finally realized that I must develop more self control or my tenure in the ministry would be abbreviated by that un-Christlike vice. Victory did not come all at once. Habits deeply ingrained are not easily retrained. However by grace I did get on top of this temper of mine. Oh, to be honest, I will always have a temper—I am a passionate and impatient person. A lot of things just tick me off royally. Always will. But the moral issue is not a temper per se, but self-control. Can I check it at the door when I walk into challenging zones? Well, gradually I managed to get on top of it. Today I can say very few people in my adult life have ever seen me lose it. And, believe me, I have been tested to the max again and again.

You Really Have a Weakness Problem 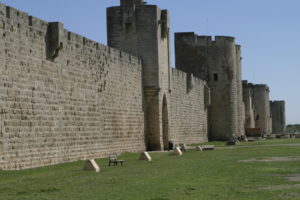 Explaining how one overcomes deep-veined vices like this is a little more complicated than I will relate here, but I know what helped me ‘win’ more than anything else was ‘losing’ that stupid notion that somehow my eruptions had anything to do with being strong. Rather they had everything to do with being weak. I detest weakness (though I have enough of it). Through my study of the Scriptures, most especially the Proverbs, I came to see clearly that a man who cannot control his emotions is a patsy. The Spirit of God used that perspective more than anything to help me get a bridle on my anger. In ancient times an unwalled city was a nothing town, a place that had no protection and got no respect, but one that could be overrun and plundered any anybody and everybody. Once I saw myself in that biblical imagery in Proverbs, that for me was mighty incentive to get a grip.

Verses for Guarding Against Invasions of Temper

Just in case any of you (men or women or young person) may be one of those who, for whatever reason, is running around in life being a self- and socially-destructive loose cannon, always popping off and blowing up relationships with your emotional outbursts, below is a list of Scriptures that have greatly helped me look in the mirror and decide I can put the brakes on.

A patient man has great understanding, but a quick tempered man displays folly. Proverbs 14:29
A gentle answer turns away wrath, but a harsh word stirs up anger. (It sets in motion a cycle that feeds itself) Proverbs 15:1
A hot tempered man stirs up dissension, but a patient man calms a quarrel. Proverbs 15:18
Better a patient man than a warrior, a man who controls his temper than one who takes a city. Proverbs 16:32
A hot tempered man must pay the penalty; if you rescue him, you will have to do it again. Proverbs 19:19
Do not make friends with a hot tempered man, do not associate with one easily angered, or you may learn his ways and get yourself ensnared.” Proverbs 22:24
Like a city that is broken into and without walls is a man who has no control over his spirit. Proverbs 25:28
Do not be quickly provoked in your spirit, for anger resides in the lap of fools. Eccl. 7:9
For the anger of man does not achieve the righteousness of God. Jas. 1:20
If these words of God help you as much as they have helped me, your anger issues will become a thing of the past. If they don’t help you, you will probably just have to crash and burn until you learn.
« Turn On the Prayer Or Turn Out the Lights Think Before You Ink »